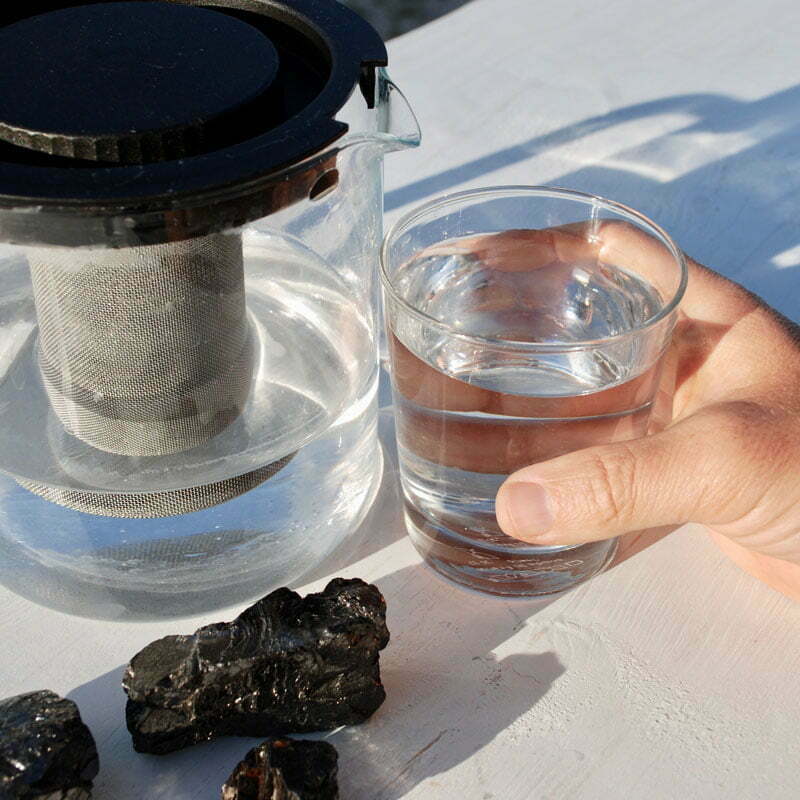 Due to the high carbon content of Shungite and especially Shungite Elite (98% Carbon), it is the ideal product to use for water purification.

Fact: Peter the Great, a Russian Tsar, ordered by decree that each of his soldiers carry a piece of Shungite (at the time it was called ‘slate rock’) to put it in their water flasks to purify their water, thus avoiding the dysentery that so often plagued armies of those times.

Question: I have heard that using three nuggets of Shungite is best to purify the water, can you explain why?

Answer: Three nuggets of Shungite in any size drinking container, including pet drinking bowls, creates a ‘coherent’ field that is more stable and energetic. The coherent filed created is capable of creating Shungite Energized Water (water molecules that have been excited by a Shungite Energy Field) in any size drinking container. When any three nuggets or particles get within range of each other, their fields create a secondary field that is ‘coherent’ or has added stability. Shungite Reality: a study of energy by N.L Hopkins.

How to make Shungite Water: